The Hameau de la Savouillane will hold its first organic and biodynamic wine fair on June, 4, 5 and 6, 2021. Six wine-growers from all over France will be there with their best white, rosé and red vintages for you to taste.

Click on the “ORGANIC WINE SHOP” tab on this website to read about some of the vintages that will be on offer for both tasting and buying on June 4, 5 and 6: the description and commentary of each wine will help you make a first selection. All the wines from the six vineyards in our selection will be sold at property prices.

Entrance fee: 5 euros. The fee includes all tastings and a wine-tasting INAO glass.

Snack food available on the premises.

Reservation is advised. Call Hameau de la Savouillane at 06 82 30 25 61.
Please note that only people aged 18 and above can attend. 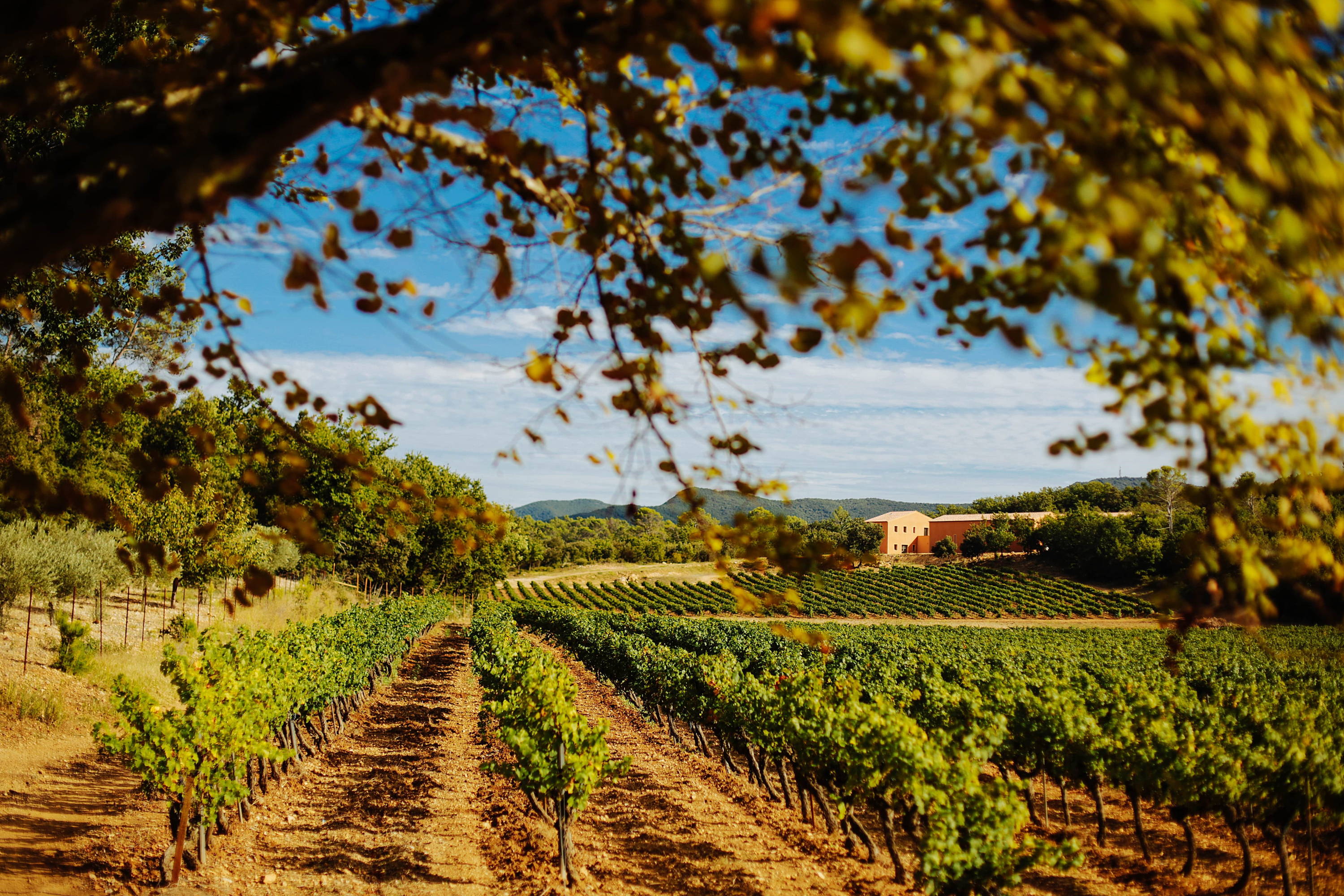 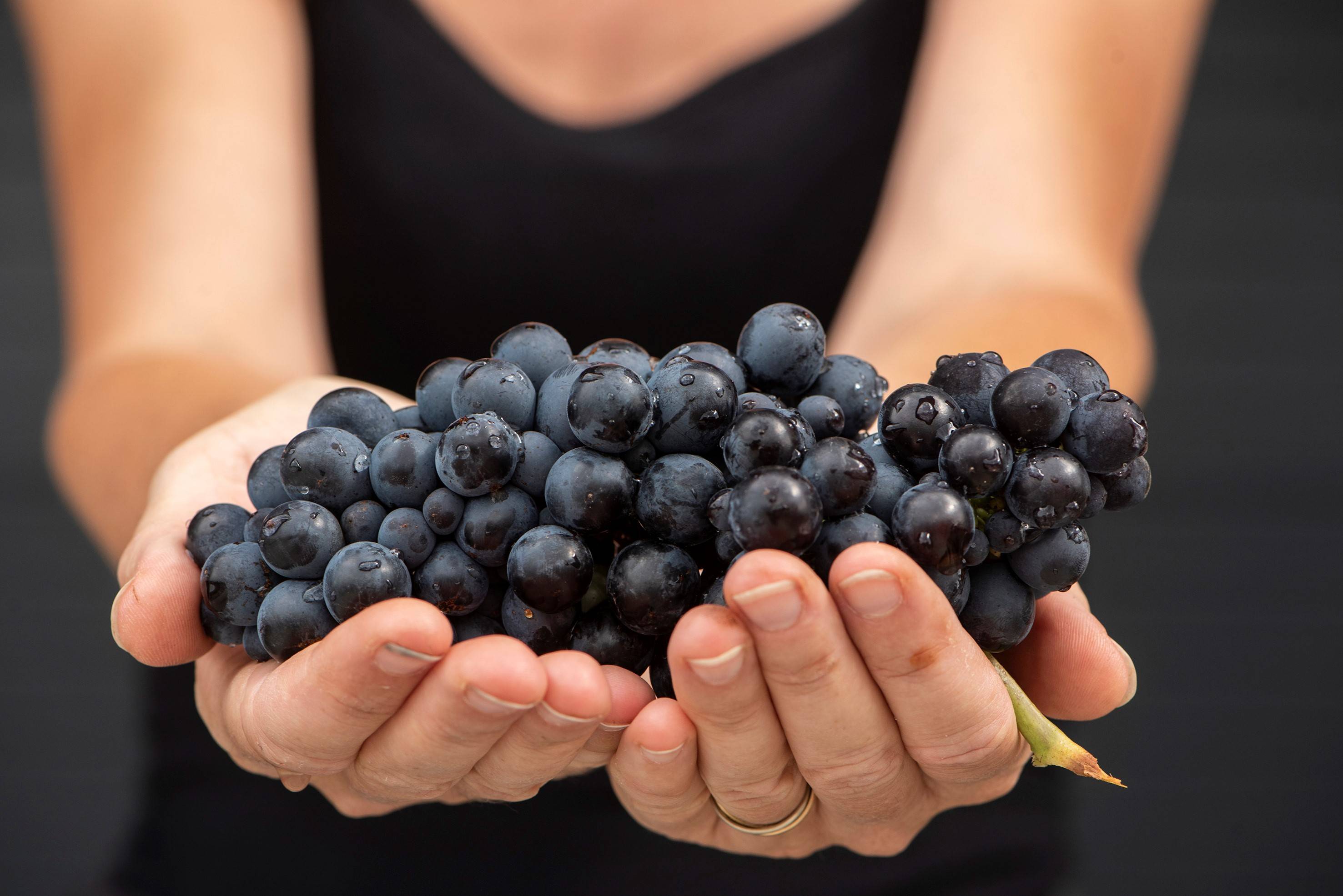 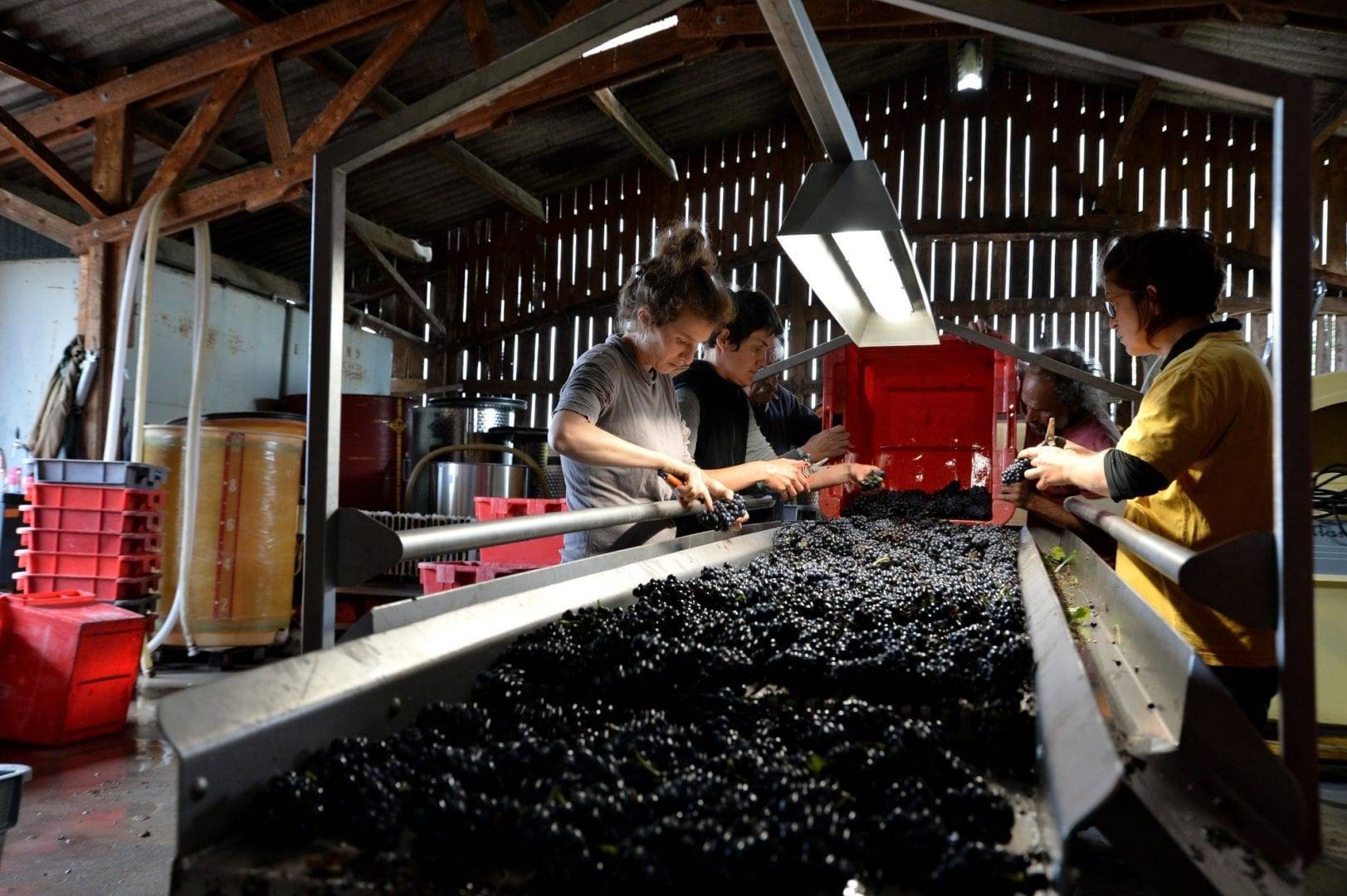 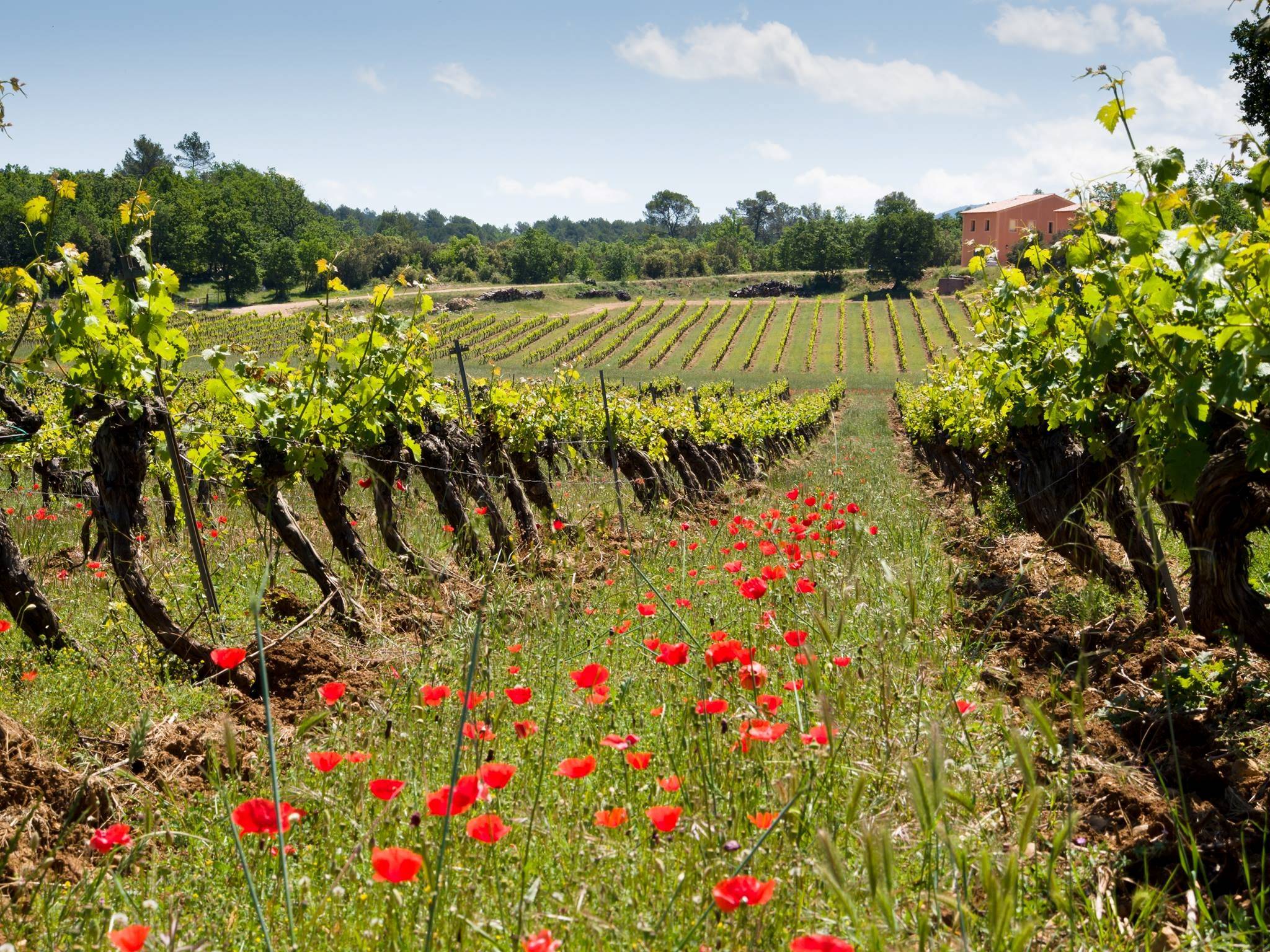 An exhibition at the Hameau de la Savouillane, from August 9 to August 30, 2021

Join Catherine Batut for a colourful stroll and an inner journey towards your emotions.

For over 25 years now, the colour pigments Iris applies on canvas have provided her with an ever-renewed wealth of emotions. A genuine dialogue is initiated between the artist and her canvas, although a part of it remains elusive – the place of dreams?

Iris was born in Lyon and then spent thirty years in Toulouse, where she attended the Beaux-Arts; she has now settled in Buis-les-Baronnies. Her artistic practice enables her to express her feelings for the beauty of nature, which is an essential source of inspiration for her. Iris is happy to share her artwork in this colourful exhibition. 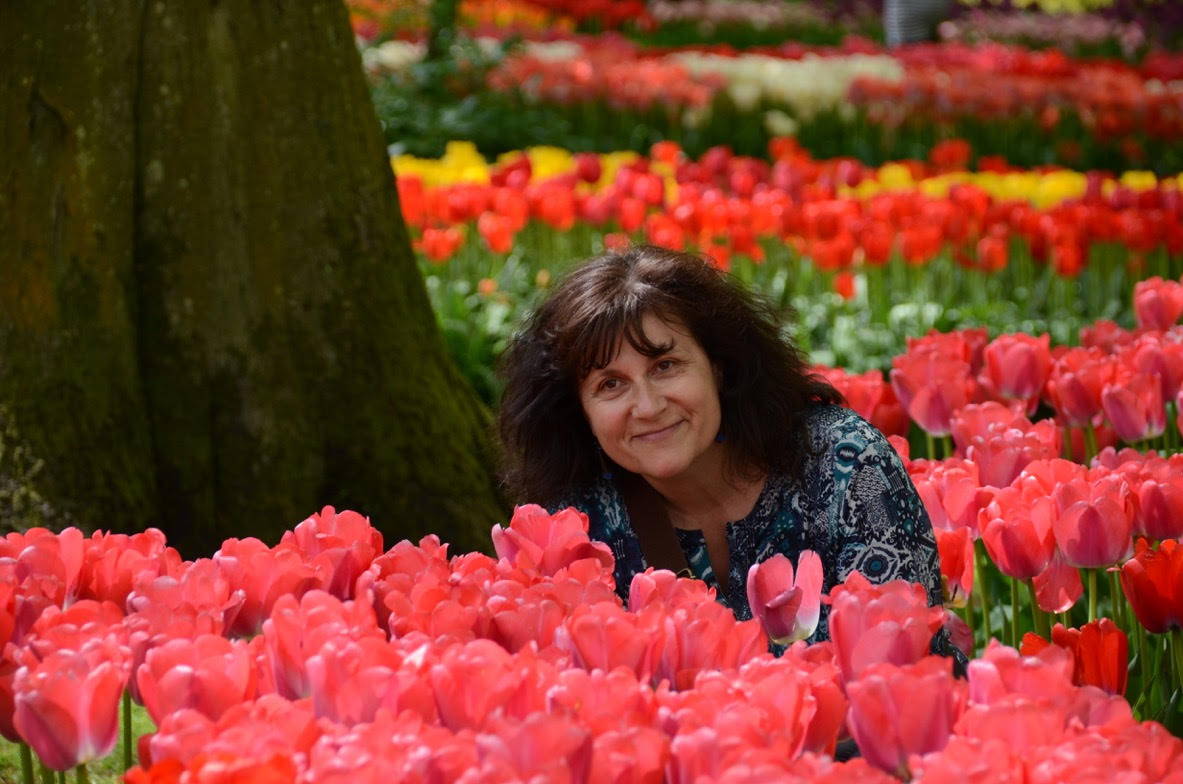 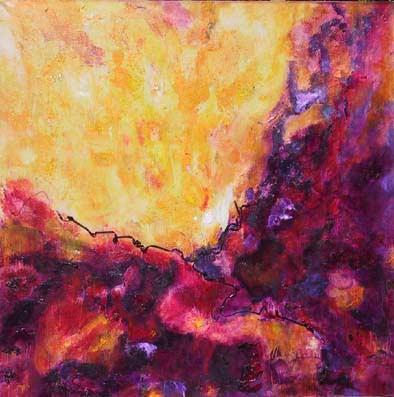 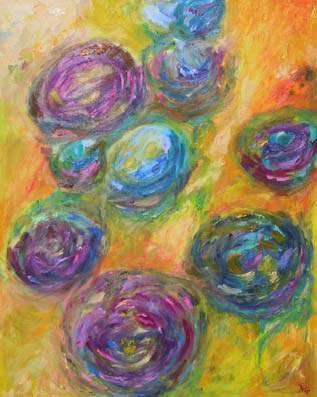 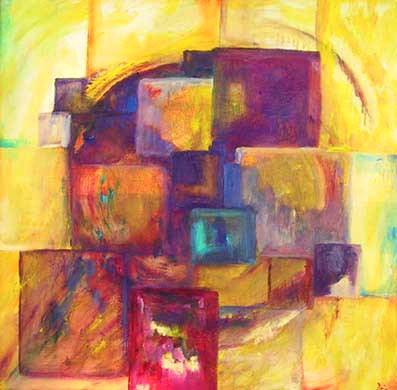 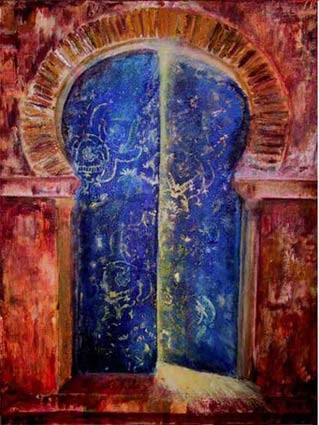 Dinner and concert on Saturday, June 12, at 7 pm

Sérénades en Baronnies and the Hameau de la Savouillane are organising a dinner and concert on Saturday, June 12, at 7 pm.

Clara Buijs and Emma Gibout will perform the following pieces on the violin, either as soloists or duettists:

Scroll down to learn more about the musicians. 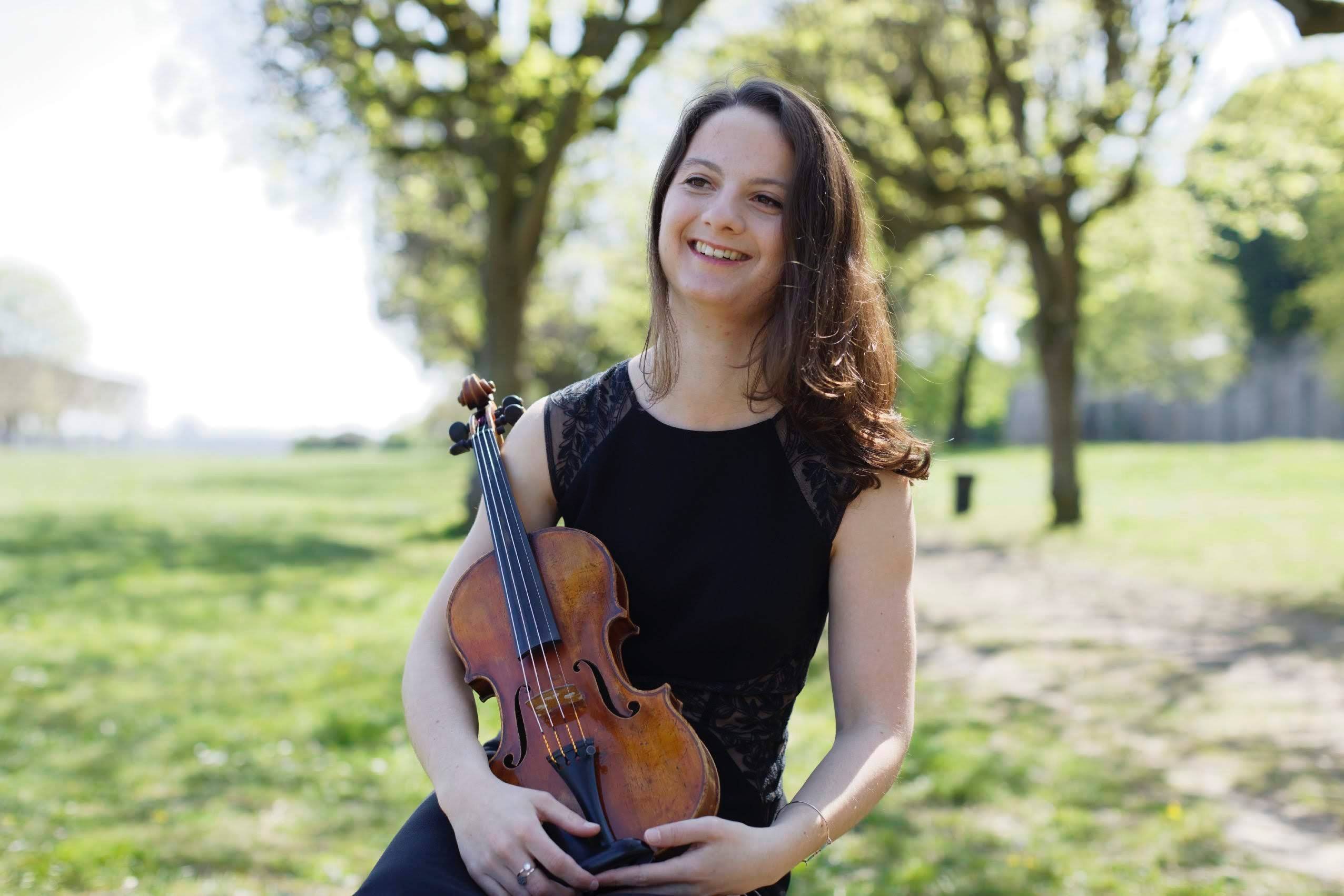 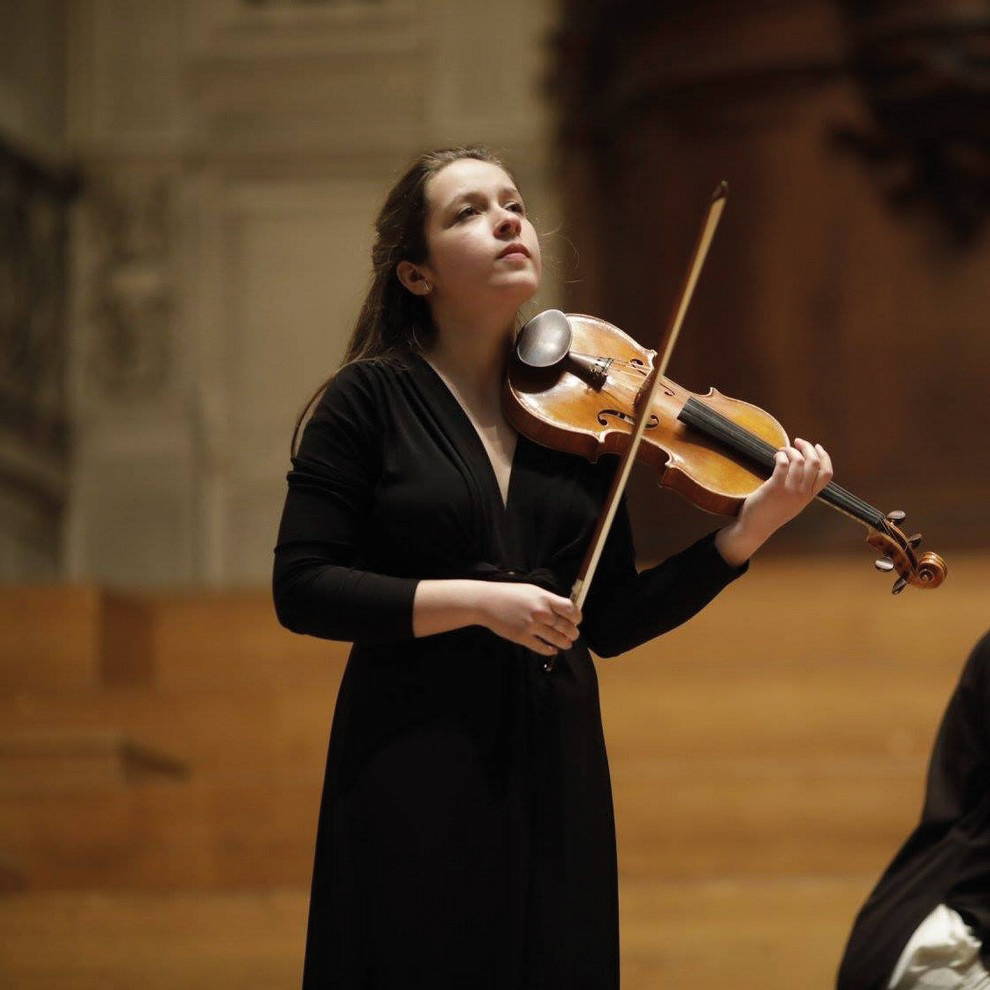 Dinner and concert on Saturday, July 17, at 7 pm

Hot Azoy was born out of an encounter between professional musicians and amateurs who are passionate about klezmer*.

The merry band has been playing together since 2007 and over the course of the years has enriched its repertoire, developed its ear, met new people… in other words, has matured and mellowed. The four musicians just love discovering new tunes, reinventing old ones or stamping them with their own touch, giving people happy feet, and above all, sharing their music.

Hop aboard, and join Hot Azoy for a trip to the heart of Yiddishland, an imaginary country with blurry borders…

*Klezmer is an instrumental musical tradition of the Jewish communities of Central and Eastern Europe. 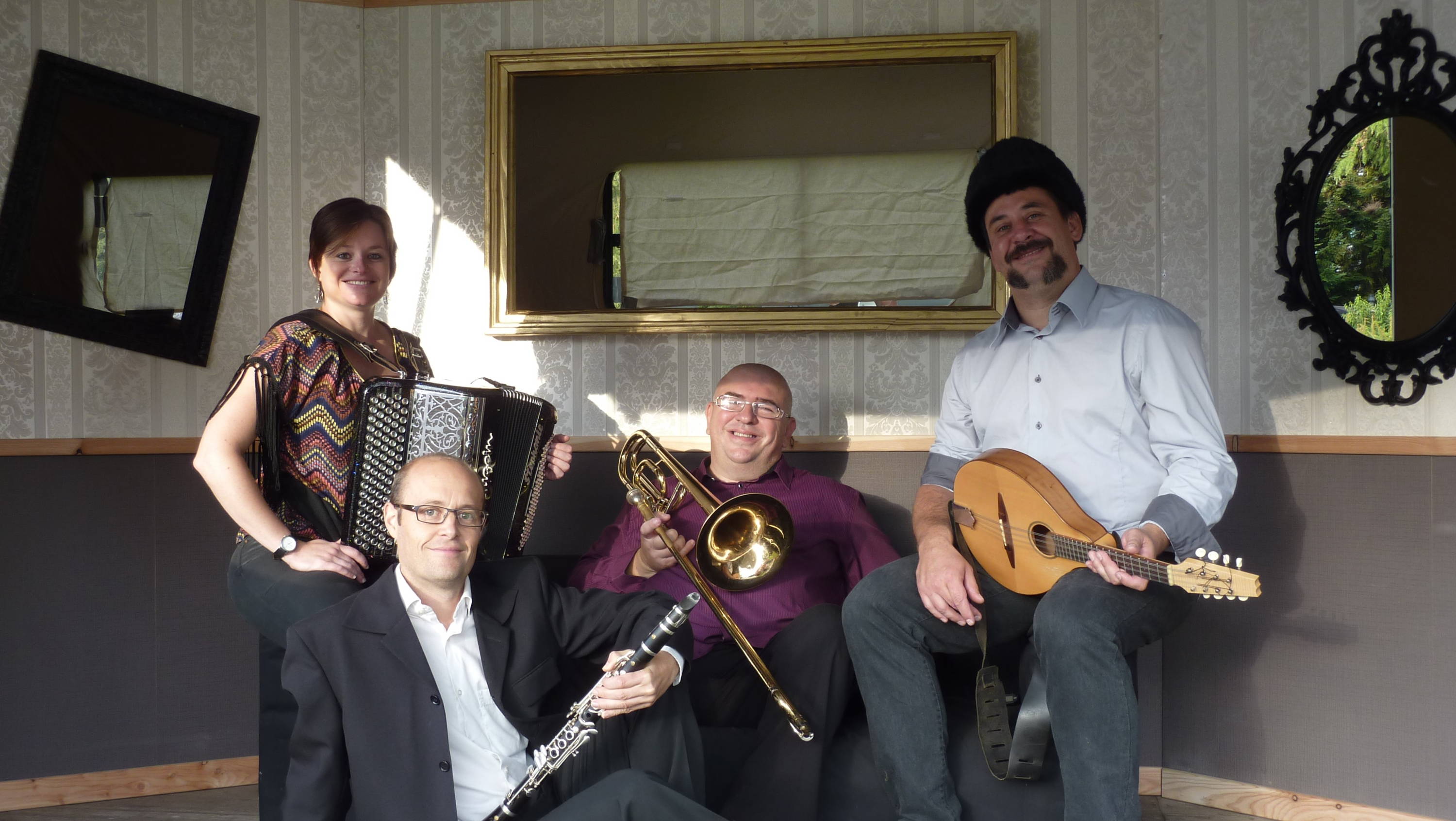 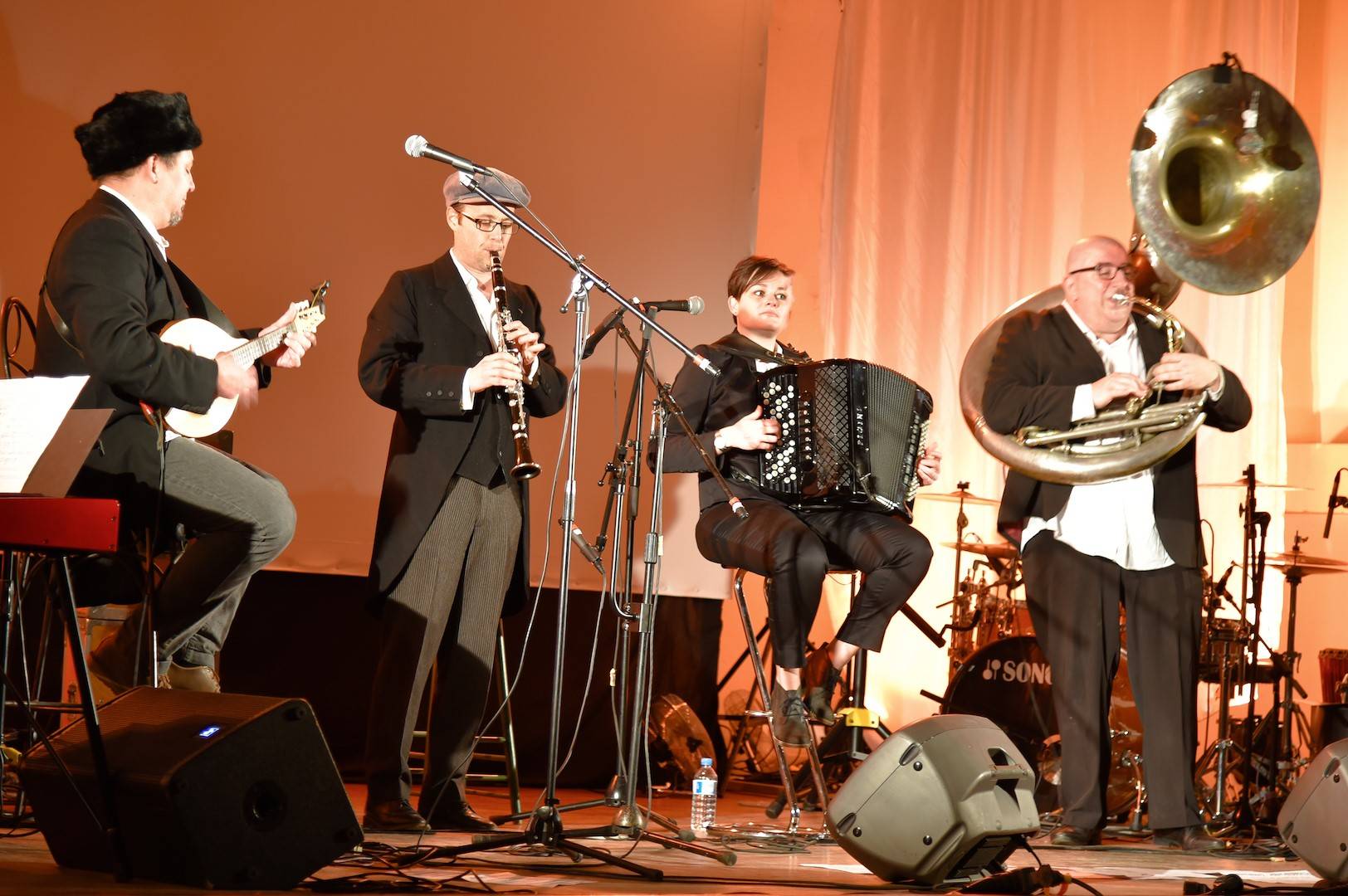 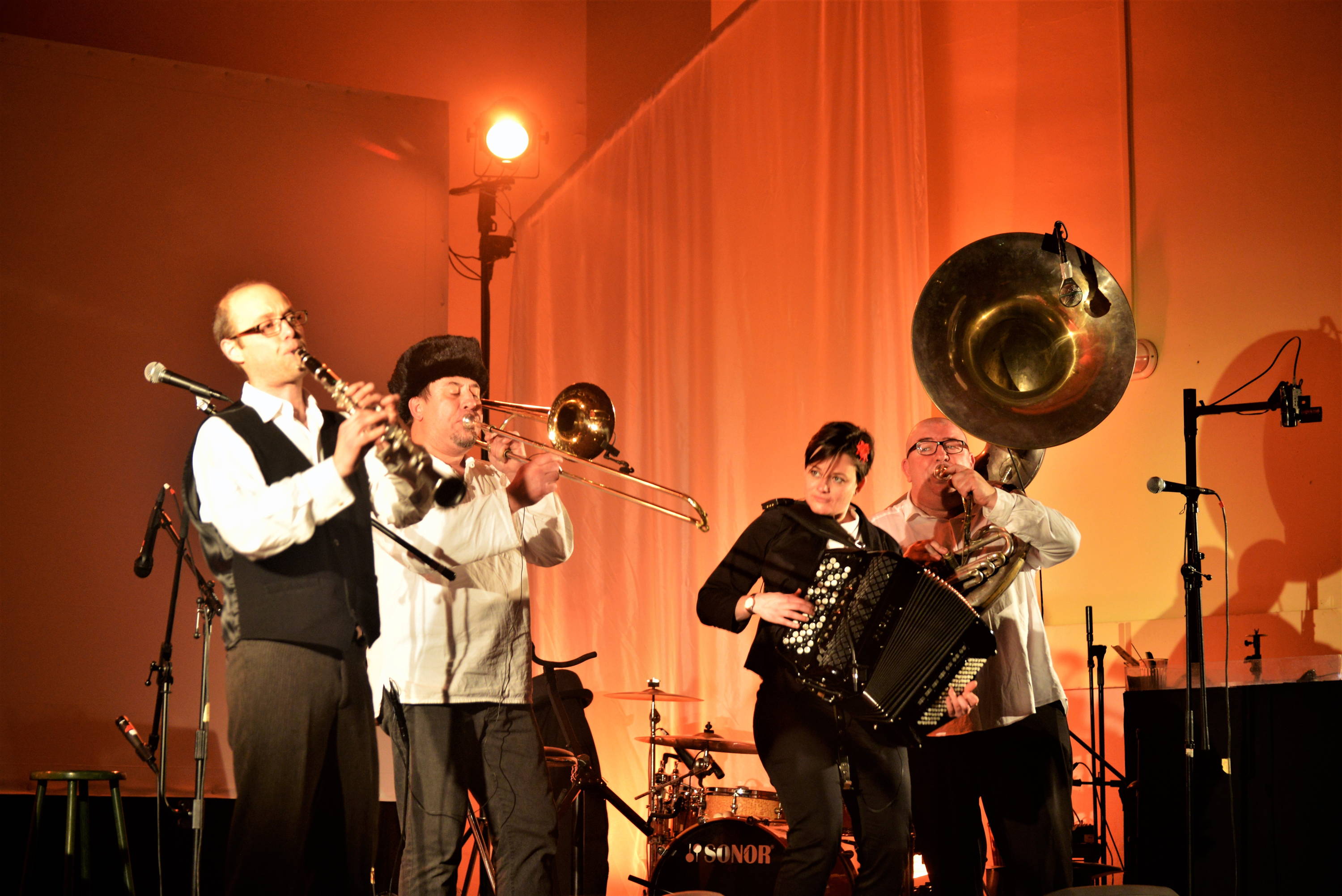 Sarah Schwab is a 21-year-old singer, songwriter, instrumentalist and producer from Lorraine. She discovered her taste and her ear for music while playing on her toy piano when she was only 3. This helped her learn a dozen instruments by herself later on.

Sarah was first spotted in season 1 of The Voice Kids France. She won over all the coaches with a piano/voice cover of Pink and was invited to join Louis Bertignac’s team. Such recognition allowed her to gain popularity and she was invited to perform in about a hundred shows in several countries (France, Luxemburg, Belgium, Spain, Canada, Hungary).

At age 19, Sarah tried her luck again in the adult version of The Voice, and this time was invited to join Amel Bent’s team.

Following her TV appearances, she released her first EP, “Toxic,” comprising 7 songs that she wrote, composed, recorded and produced herself in her home studio.

Her soft, slightly raspy and powerful voice will bewitch you as she sings songs from her multilingual repertoire ranging from the 1940’s to the present day.

Snacks and finger food available on the premises. 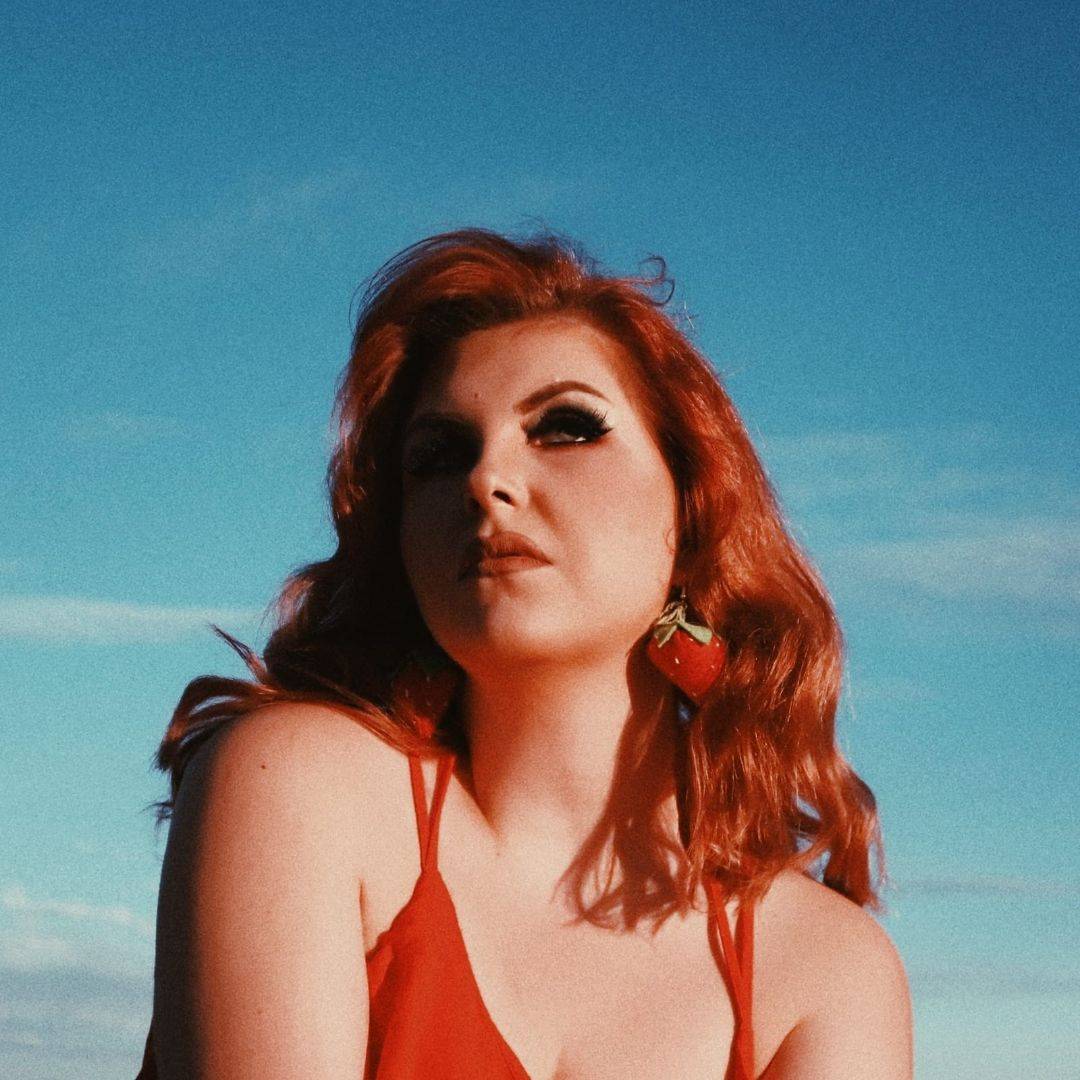 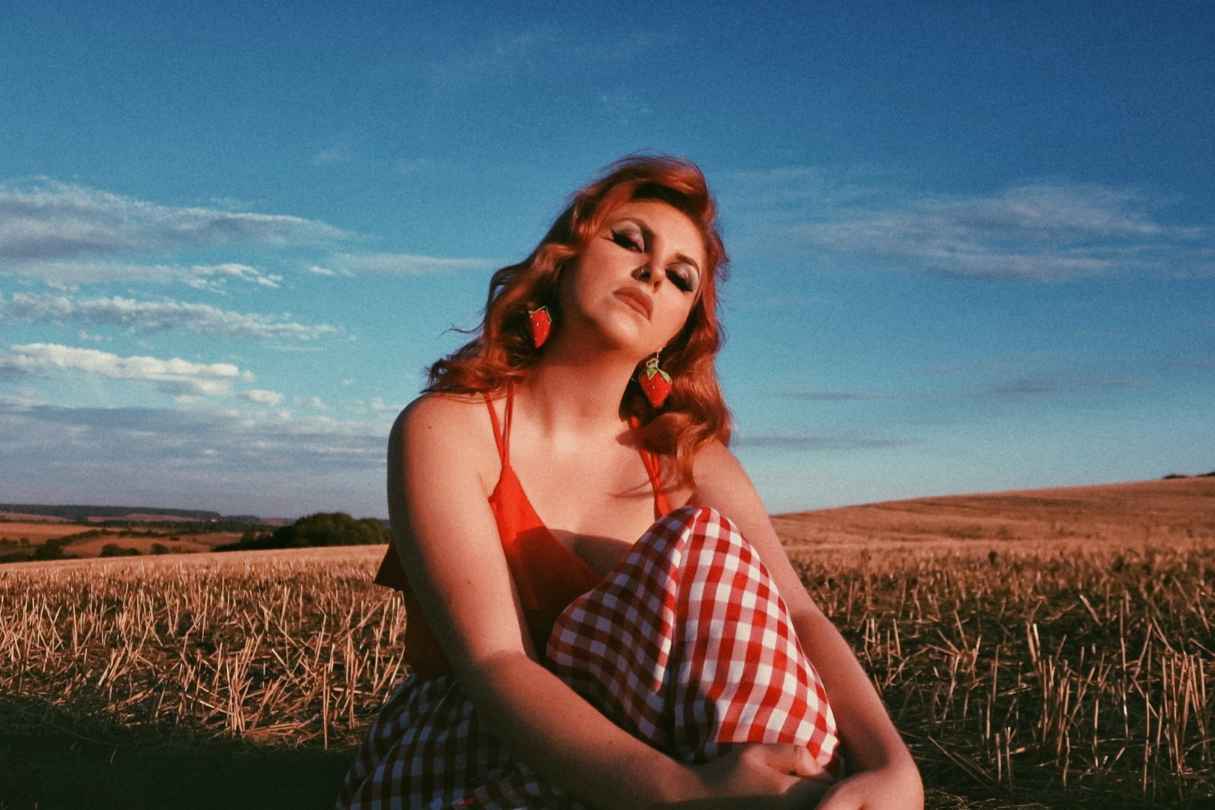 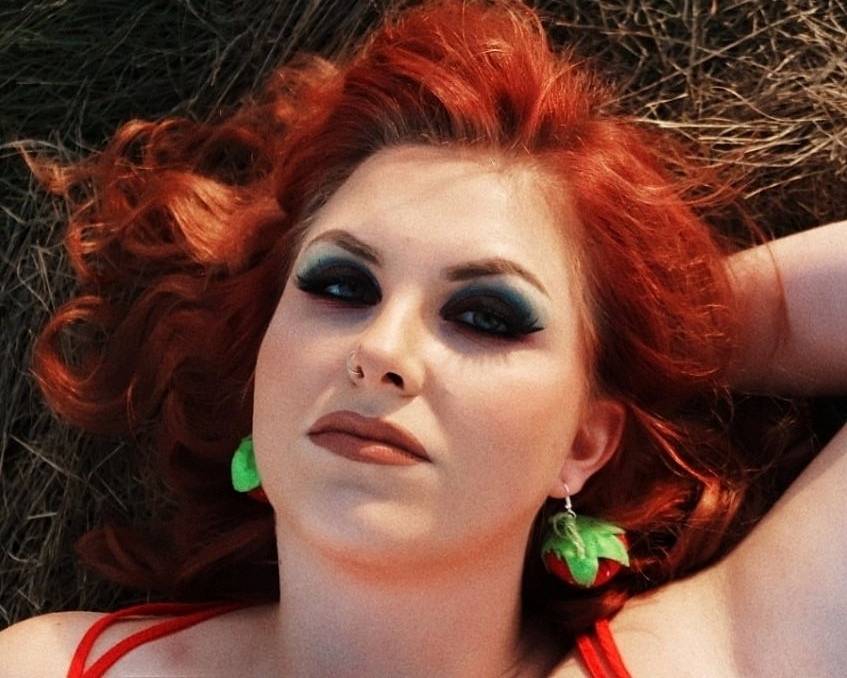 Clara Buijs has recently been appointed co-soloist in the Victor-Hugo Franche-Comté orchestra. Yovan Markovitch, a member of the Danel quartet, considers her “a very talented violinist, gifted with a fine musical sensitivity, whose instrumental level is very high.” Dana Ciocarlie, as for her, deems Clara “a brilliant, feisty violinist blessed with a strong sensitivity.”

A chamber music enthusiast, Clara was only 12 years old when she participated in ‘Mr. Haydn’s Holidays,’ the music festival created by Jérôme Pernoo. She also performed in a trio at the Salle Molière in Lyon. She was part of the orchestra of the prestigious Verbier Festival for three years. She has been invited to join the Lyon Opera Orchestra for various concerts regularly since 2017, and since 2020 she has been a member of Hors Champ Ensemble, a group that specializes in film music and the live music accompaniment of films.

All along her studies, Clara benefited from the advice of Roland Daugareil, Svetlin Roussev, Ray Chen, Alexis Galpérine, Ulf Wallin and Boris Garlitsky.

When she was 16 years old, she joined the Orchestre Français des Jeunes (French Youth Orchestra), which made her realize how passionate she was about the orchestral repertoire. In 2018 and 2019 she was appointed leader in the Verbier Festival Orchestra, which enabled her to play ambitious pieces such as Beethoven’s 5th symphony, Bruckner’s 9th symphony, and Richard Strauss’s Die Frau ohne Schatten (The Woman without a Shadow) under the baton of the world’s greatest conductors – Simon Rattle, Valery Gergiev, Manfred Honeck, Gabor Takacs-Nagy and Hannu Lintu. Since then she has been invited to play with prominent orchestras (Orchestre de la Suisse Romande, Verbier Chamber Orchestra, Lyon National Orchestra) and has performed in some of the world’s most renowned concert halls (Carnegie Hall in New York City, the Concertgebouw in Amsterdam, and the Musikverein in Vienna). In 2018 she joined the academy of the Budapest Festival Orchestra, directed by Ivan Fischer.

Emma Gibout has also performed as a soloist with French orchestras, notably Orchestre Sostenuto in Clermont-Ferrand, directed by Takashi Kondo, and Meltin’Cordes orchestra in Lyon.

She loves chamber music and has benefited from Yovan Markovitch’s and Agnès Sulem’s advice. She is one of the founders of the European Chamber Ensemble, with which she gives concerts and masterclasses throughout Europe. She is also a member of the Fractales Collective and has shared the stage with illustrious musicians such as Gilles Apap, Marianne Piketty, Françoise Gnéri and Édouard Sapey-Triomphe.